"She was completely nude with her hand tied behind her back"

During the mid-1980’s, the Hawaiian authorities were faced with a sadistic serial killer who stalked the streets of Honolulu, leaving the discarded and strangled corpses of his victims. The first such murder was committed in late May 1985, when a young woman went missing. Her body was later found, with her hands tied behind her back, in what would be a grim calling card of the strangler. Over the next year a further four women would be found raped and strangled by an unknown psychopath, but investigators were close to catching the elusive killer. Despite the arrest of a suspect, the lack of evidence linking him to the crimes resulted in his release and the case has remained unsolved.

The Hawaiian Islands are considered an ideal holiday destination with the Island of Oahu and its capital city Honolulu a prime example of a sun drenched utopia. However during the latter half of the 1980’s, a serial killer stalked the city for over just under a year and was responsible for the deaths of several women, all of whom were found strangled and dumped in various parts of the exotic Island. The murders began on May 29, 1985 when 25-year-old Vicky Gail Purdy was reported missing by her husband the following day.

Gary Purdy was an army helicopter pilot and told police she had left on the evening of the 29th to go clubbing with friends in Waikiki. But she failed to show and was last seen by witnesses getting into a taxi who drove her to the Shorebird Hotel presumably to get her car. She arrived at the hotel around 12:00am but nothing more was seen of her after that and her car was later found in the parking lot by police. Later that day her body was discovered on an embankment at Keehi Lagoon, a resort popular with paddlers. She was found still wearing her yellow jumpsuit, with her hands tied behind her back.

Upon further examination it was discovered she had been raped and strangled. Her husband was questioned about her private life and if she had anyone who would want to do her harm. Gary Purdy suggested there might be a link to her work at a video rental store. This store also dealt in pornographic movies and it was reported that two women had been stabbed to death in 1984. The investigation into Vicky Purdy’s death provided no leads and the pornographic lead given by her husband proved a dead end.

17-year-old student Regina Sakamoto was planning on attending Hawaii Pacific University once she graduated from Leilehua High School. On the morning on January 14, 1986 Regina missed her school bus from Waipau and then telephoned her boyfriend to tell him she would be late. That was last anyone heard Regina and her body was discovered on January 15, at Keehi Lagoon. She was still wearing her blue tank top and white sweatshirt but she was nude from the waist down.

Her hands had been tied behind her back and it was later determined she had been raped and strangled. Because of the exact same MO and that both victims bodies were left at the same site, the police strongly believed they were dealing with the same killer. Two weeks later on January 30, 1986 another victim was found. 21-year-old Denise Hughes did not show up for her job, where she worked as a secretary at a telephone company. Three fishermen found her body in Moanalua stream on February 1.

Her decomposing body was wrapped in a blue tarp and she was still wearing her blue dress. Once again there were ligatures on her hands and it was determined she had been raped and strangled. Because of the similar circumstances the Honolulu Police Department believed they had a Serial Killer operating on the Island and a 27-man task force was established on February 5. This task force received help from both the FBI and the Green River task-force which was still actively hunting for the Green River Killer in Washington.

The task force profiler’s began compiling a detailed profile of the suspect whom they believed was an opportunistic but organised kiler because he left very little evidence and that he most likely works or resides in the area. The investigators examined the rope used to bind the victims wrists and found it to be parachute rope. 25-year-old Louise Medeiros arrived on her flight to Oahu on March 26, 1986, and then promptly disappeared. She had just arrived back from visiting family in Kauai to visit her extended family after the death of her mother.

She booked a late night flight and reassured her family she would take a bus home to Waipau. She was seen alive again and her decomposing body was discovered on April 2, by road workers near Waikele stream. She was wearing her blouse but her lower half was stripped naked and her hands were tied behind her back. The police decided to launch a sting operation and used undercover policewomen at Keehi Lagoon, where two of the victims bodies were found as well as Honolulu International Airport where the latest victim was last seen. The operation produced no results and the following month the murders continued.

On April 30, 1986 36-year-old Linda Pesce was reported missing by her roommate. She had been due home the previous evening after leaving work and did not show up for work that day and her car was later found on the side of the Nimitz-H1 viaduct. The police had previously set-up roadblocks to question frequent commuters about any suspicious activity. Witnesses remembered seeing Pesce’s car on the night she had vanished. They reported having observed a caucasian or mixed-race man driving a light coloured van near the victims car.

Several days later a 46-year-old man arrived at the Honolulu Police Department and told investigators he had been told by a psychic that a body could be located at Sand Island. The police handled the man’s claim with scepticism but he agreed to take detectives to the exact location, but when police searched the area they could find nothing. It was only when they searched the entire Island that they found Pesce’s body. She was completely nude with her hands tied behind her back. With this latest murder, local private businesses put up a $25,000 reward for information. The informant was now treated as the prime suspect and police followed his every move and also questioned his friends, family and co-workers.

The suspect was Caucasian, middle-aged with a receding hairline, worked as a mechanic and lived in Ewa Beach. He was described as “clean cut and polite” by staff at the La Mariana Sailing Club where he often frequented. It was believed by the waitress and assistant manager that the suspect spent so much time there because he was infatuated with the waitress. She recounted one evening when he offered her a ride home from work but she accepted a ride from a local biker she knew. Based on the circumstantial evidence of his knowledge of the location of the last crime scene, the suspect, Howard Gay, was arrested by police and brought in for questioning.

His ex-wife and girlfriend claimed Gay was a smoother-talker and recounted for detectives how he liked to have sex with them while their hands were tied behind their backs. His girlfriend also told police that on the nights the murders were committed, the couple would argue and he would storm out of the house. He was known to have once violently beaten up a young woman after she refused to take a ride with him. Gay was interrogated between 8:00 pm and 3:00 am, and despite failing a polygraph test, he was released due to a lack of evidence.

Some two months after the arrest of Howard Gay, a woman came forward and told police she saw Pesce’s car the evening she disappeared, and claimed she saw Pesce with a man on the night of her murder. The witness successfully picked the suspect out of a photo line-up as the man she saw, but she refused to be a witness because she believed he saw her. With no further evidence the case went cold. Howard Gay eventually moved to the mainland and the killings abruptly stopped. No further suspects were ever identified and the murders attributed to the Honolulu Strangler remain unsolved. 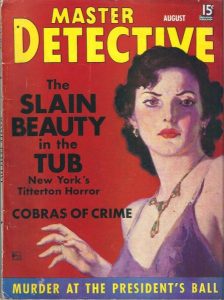 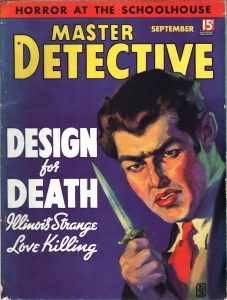