First published in March 1935 by Detective Publications Inc., like many other vintage pulp detective magazines of the time, Inside Detective featured almost exclusively true crime and real-life mystery stories, with its tagline being “Every Story True” emblazoned on the front covers, almost all of which featured either damsels in distress, or women committing a variety of crimes. By the mid-1940’s, it began proudly boasting that Inside Detective was the largest selling detective magazine in the world.

The price of Inside Detective rose steadily throughout its run, starting at 10c from its inception, then rising to 15c in February 1948. From September 1952 to December 1953, the cost fluctuated between 15c and 20c, until January 1954, when it rose to 25c. During its final year of publication in 1995, the price per issue was $2.50. The magazine remained consistent in its monthly publications until March 1989, when its output dropped to seven issues per year until the magazine was folded in November 1995. 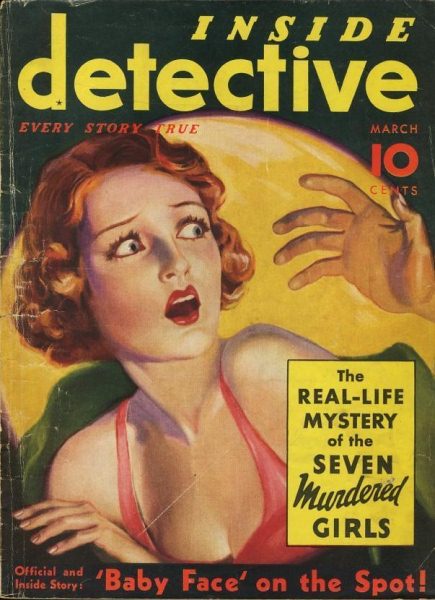