During a two year reign of terror between 1788 to 1790 a mysterious individual attacked women throughout London. The perpetrator would stab his victims with a sharp object and then run away before he could be apprehended, and he was soon nicknamed “The Monster” by the London press. In 1790 an arrested was made in the case when Rhynwick Williams was accused of assulting a woman and subsequently arrested on suspicion of being the Monster. However, after two trials there remained uncertainty over the true identity of the alleged attacker and it was the opinion of some that the entire affair had been a case of mass hysteria.

The first attack occurred in 1788 when a large unidentified man approached a woman walking the streets alone. Alarmed by his presence, she began to walk away and he was soon following her and shouting obscenities. He then pulled out a knife and stabbed her in the buttocks, then escaped before help arrived. The victim was able to give a description of the man to the Bow Street Runners, London’s first established Police force and the press dubbed the attacker, “the Monster”. When more attacks followed, the methods and even the description of the Monster varied considerably.

Some accounts mentioned him using knives which he had fastened to his knees and others reported he used a fake nosegay with a hidden blade within the flower. When he invited a prospective victim to sniff it, they would be stabbed in the face. However, most accounts mention the insults, stalking and harassment that would precede the attack. Eventually he believed to be responsible for attacking more than 50 women, with some suffering extensive wounds after his knife had sliced through their clothing. Because of extensive press coverage of the Monster attacks, any men who acted suspiciously were considered a suspect and soon a mob mentality descended on the city.

Some men wore labels on their lapels which indicated they belonged to the No Monster Club, a group formed to prove its members were innocent of any wrongdoing. Some women took to wearing copper pans over their petticoats to protect themselves from injury. London businessman and Lloyds of London underwriter John Julius Angerstein offered a reward of £100 to anyone who could capture the Monster. But this caused more panic when armed vigilante groups patrolled the city and anyone considered suspicious were attacked and the inevitable flurry of false accusations were made. The Bow Street Runners had made little progress in finding who was responsible and criminal elements in the city took advantage of the atmosphere of suspicion. Pickpockets and thieves would rob their victim and then accuse him of being the Monster, using the resulting confusion to escape. However in 1790 there was a break in the case when the police made an arrest.

A previous victim, Anne Porter had recognised her attacker in St. James’s Park on June 13, 1790 and alerted her admirer John Coleman who began a persuit. The man soon realised he was being followed and when he reached his house, Coleman confronted and accused him of insutling a lady. The man, 23-year-old Florist Rhynwick Williams denied the accusations, and Coleman then challenged him to a duel before taking Williams to see Porter. When they arrived she fainted when she saw him. Williams continued to protest him innocence of being the Monster, but was soon arrested and charged. He was arraigned before the magistrates who charged him with defacing clothing, which carried a harsher penalty than assault or attempted murder within the system of crimes and punishments set out the English courts which were known as the Bloody code.

The trial became something of a farce, with the atmosphere of suspicion already dictating the unfolding outcome of the events. Williams admitted to approaching Porter on one occasion, but claimed he had alibi’s for the majority of the Monster attacks. Witnesses for the defence were harangued by angry spectators, who in turn cheered on those for the prosecution. The testimony of some of the witnesses was considered suspect with one woman confessing that she had fabricated her story and had not been the victim of an attack. The Judge soon suspended the trial because of the absurd nature of the proceedings and grants Williams a retrial. At his new trial Williams retained the services of the Irish poet Theophilus Swift who acted as his defence lawyer.

Swift adopted a different strategy, that of proving that Anne Porter and her admirer John Coleman had concocted a scheme to obtain the reward money for the Monster’s capture. Porter denied the accusation, despite the fact she had subsequently married Coleman, who had been the recipient of the large reward. Throughout the trial witnesses once again gave contradictory statements about their alleged attacks.

Williams protested his innocence and his co-workers and employer testified he had been at work during most of the attacks attributed to the Monster. Despite this the court found him guilty on three counts and he was sentenced to two years on each count, for a total sentence of six years in prison. Williams was released in December 1796. Although an arrest had been made, there were continued reports of attacks attributed to the Monster for many years after Williams’ imprisonment, and some historians debate if the Monster had existed at all due to the mass hysteria and atmosphere of suspicion at the time. 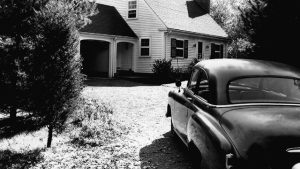 The disturbing disappearance of Joan Risch, a housewife who went missing from her home, has never been solved.

Magazine covers for the Startling Detective publication for the year 1934. 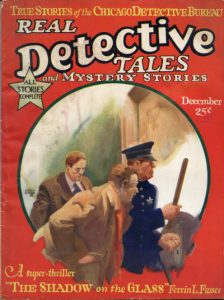 Magazine covers for the Real Detective publication for the year 1928.

The disturbing disappearance of Joan Risch, a housewife who went missing from her home, has never been solved.

Magazine covers for the Startling Detective publication for the year 1934.

Magazine covers for the Real Detective publication for the year 1928.