Daring Detective began publication in October 1934 as Detective Tabloid, and was marketed as “sensational fact cases from official records”, and covered real-life cases of true crime. It continued under this title for only three months before being rebranded as Daring Detective Tabloid from April 1935 until June 1935, when it was finally known as simply Daring Detective. Like many detective pulp magazines of the time, it sold for 10¢ initially, before rising to 15¢ in February 1937, and again in August 1942 to 25¢. In June 1943, Daring Detective ceased publication. Then, in December 1949, it was re-launched and published intermittently during 1950, before finally declining to bi-monthly for the final three years. In September 1953, it was rebranded entirely as Real Police Stories, from then until December 1955. 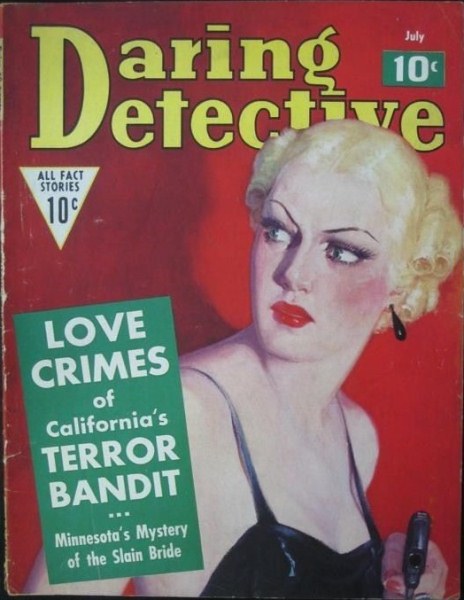 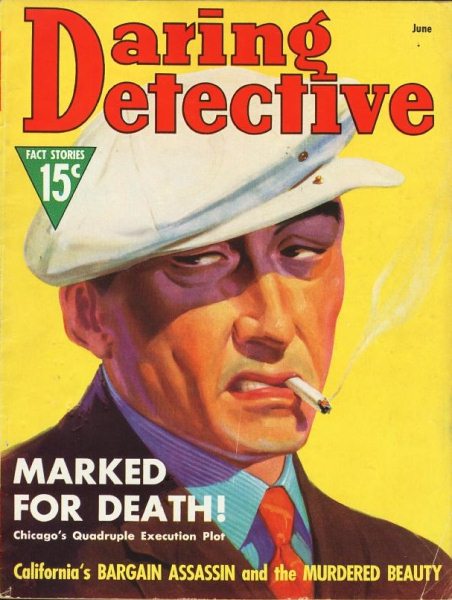 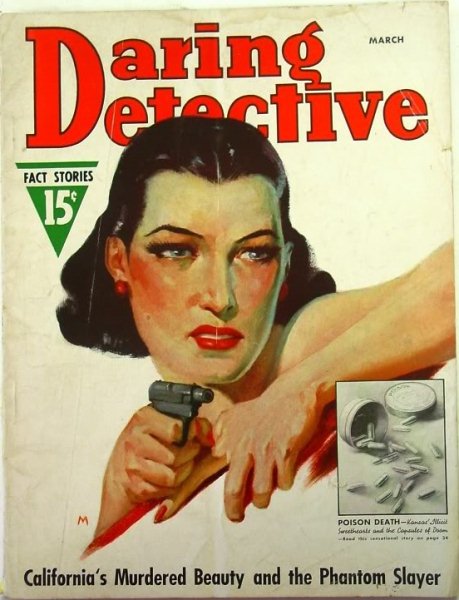 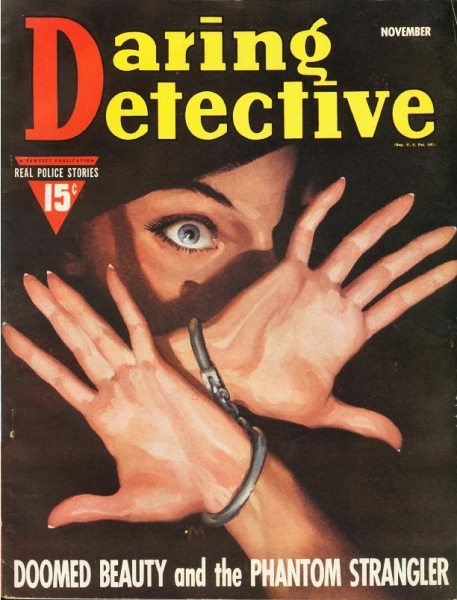