Running for a five year period, Double Detective magazine was published on a monthly basis, amounting to a total of 41 issues from the original publisher Frank A. Munsey, and a single issue from Popular Publication. Billed as a two-in-one magazine, and containing complete book length novels, the magazine is today chiefly remembered for introducing the pulp-hero character known as “The Green Lama”.

First appearing in the April 1940 issue of Double Detective, The Green Lama’s debut novel was written by Kendell Foster Crossen using the pseudonym of “Richard Foster”. The character was created primarily because the Frank Munsey company, wanted a competitor for The Shadow, a character which featured in the popular pulp magazine of the same name which was published by their rivals Street & Smith.

In the stories, The Green Lama is an alias of Jethro Dumont, a rich resident of New York City who fought crime and never carried a gun, believing that “this would make me no better than those I fight”. After the death of his millionaire parents, he spent ten years in Tibet studying to be a lama, a Buddhist Spiritual Teacher, acquiring many mystical powers in the process.

Despite appearing in a detective fiction magazine, the Green Lama tales can be considered science fiction or supernatural fantasy, mainly because the Green Lama and other characters are possessed of superhuman powers and super-science weapons. The Green Lama proved to be successful (though not as successful as The Shadow), and Crossen continued to produce Green Lama stories for Double Detective regularly up until March 1943, for a total of 14 stories. 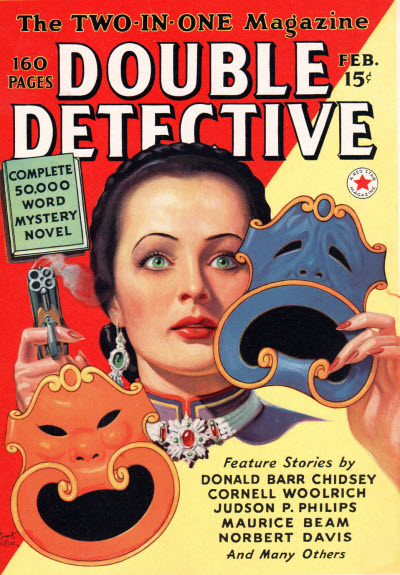